Losing Her Majesty, Queen Elizabeth II was a sombre day for the British public and, likewise, many more around the world.

With the passing of such a monumental figure of modern history, it’s only right to remember Queen Elizabeth II. By reflecting on her life and achievements, we hope to commemorate the Queen by celebrating how dear she was to the United Kingdom and its values, while offering sincere gratitude to a deserving leader who demonstrated an enormous sense of duty and commitment. 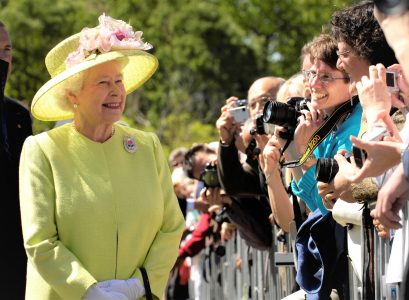 For so many of the British public, the Queen has been a constant force in their lives and provided a unique and reassuring presence in times of need. In fact, the majority of people have only known a time under her reign.

A reassuring constant throughout our lives, Queen Elizabeth ascended to the throne on 6 February 1952. Elizabeth II lived as the longest-serving English monarch in history, surpassing her great-great-grandmother Queen Victoria. Her 70-year reign has seen her play an undeniable role in forming and maintaining a national image while constantly seeking its betterment.

While she was Queen, Elizabeth met with 15 Prime Ministers – the earliest being Winston Churchill who was born during the Victorian era. The wealth of institutional and diplomatic wisdom she curated from her oversight of British politics is unrivalled and a quality that will be much missed.

Her Majesty has been an integral role model for the population and always kept an iconic steadiness during troublesome times. One way to exemplify this was her brave decision to remain in England throughout the dangers of the second world war.

The then-princess was never afraid to get her hands dirty for the sake of the country. When she turned 18, she trained and worked as part of the Auxiliary Territorial Service. Going against her family’s wishes at the time, this act demonstrated her solidarity and empathy for the immense war effort undertaken by the British population.

Elizabeth’s reign is often characterised by her ability to remain calm throughout turmoil while offering subtle, pragmatic solutions. Wisely, she used her influence rather than her power to improve situations whenever required.

Perhaps this is a result of the incredible range of events she’s so gracefully dealt with during her time as Queen. Some of these major episodes include:

In particular, during the caustic political environment of Brexit, tensions were leaking out of parliament and causing a clear division among the British public. Exhibiting her pragmatic nature, Elizabeth called for “respecting different points of view” and “coming together to seek out the common ground”.

A beacon of calm

Even in times of physical danger, the Queen has shown fortitude and calm like no other. In 1982, for example, a drunk man somehow broke into her bedroom.

Appearing as a master of compromise, Elizabeth, brave and composed, allegedly directed the intruder towards a more secure area of Buckingham Palace on the premise of arranging a cigarette for the man before assistance arrived.

Keeping up with changing times

The Queen was keenly aware of the Royal Family’s pitfall of appearing outdated. This led her on a cause throughout her reign to improve and modernise the image that people held of the royals.

The decision to broadcast her Christmas address on television in 1957 marked a memorable way in which she brought herself closer to the British people and moved with the times.

Queen Elizabeth’s pragmatism and incredible willingness to do away with old tropes was on constant display as she continually modernised the Crown.

The role of a monarch can often be mistaken for a life of leisure. However, this was not the case for Queen Elizabeth II.

As the longest-serving British monarch, the Queen has shown an unwavering commitment to the service of the British people.

Queen Elizabeth performed over 21,000 engagements and visited over 100 different countries. During her 70-year reign she strengthened the Commonwealth, while creating and maintaining international relations.

Her role in British politics was tacit yet omnipresent. While Queen Elizabeth was constitutionally mandated to remain neutral, her presence in the domestic political sphere can’t be understated. During her reign as monarch, Her Majesty gave royal assent to over 4,000 Acts of Parliament.

As well as working tirelessly, the Queen gave generously and was the patron of over 500 organisations that sponsored or provided charitable programs in the fields of education, sports, arts and cultures, and religion.

Someone who will be missed 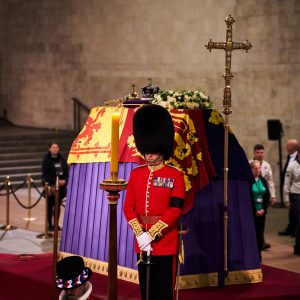 As Queen Elizabeth recognised her life and rule was approaching its close, she orchestrated a graceful handover to Charles and William.

There is no way to replace the special human that the world lost on 8 September 2022. Her own people, along with countless others around the world, will sorely miss her endearing presence in their lives.

Queen Elizabeth II will be undoubtedly remembered as one of the greatest monarchs to have ever lived. We should not be saddened by her death, instead grateful for having lived through her upstanding reign.

God Save the King.

Earlier this year, we recommended 15 great things to watch, listen and read if you were stuck at home because of the pandemic. Now, Christmas has come around as fast as ever – and you could be in need of further inspiration. This year, you might...

After nearly three years of self-isolation, Hong Kong is welcoming tourists back, with arms open extra-wide. Earlier this month, the city announced it was giving away 500,000 free airline tickets, worth more than $250 million. They will announce how...